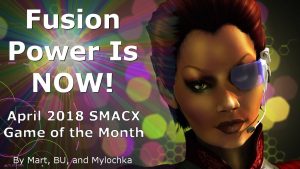 Putting the headset on, she slapped the earpiece to activate. “This better be good.”

“Seems to triangulate on Gaia’s Landing, Datajack. Recon tried a few system probes already, but they’d sewed up the interlocks and the firewalls look tight. They were ready for us.”

Roze pushed up her visor to rub her eyes, thinking. “Have they tried the reactor control systems? That’s going to suck a lot of juice, to power the link with Planet, or at least at the last stage they — crap; I can’t think straight yet.”

“No vulnerabilities found yet. -It’s my regular duty shift tonight if you need to get back to sleep, ma’am, and our people are on the job probing. Watching won’t help. I’ll ping you again if anything happens.”

Roze considered, still groggy, “Yeah.” She’d only been offline two hours, and tomorrow would need her sharp, organizing the countermeasures and making arrangements with any allies she could get. “Look in Contingencies folder of Protocols and open the Louis Armstrong file and review, okay? Password forthelulz.

“But first, Katt, screen Free Drone Central now, make sure Domai knows – and that I’ll definitely be talking to him tomorrow. Logout.” Roze put the headset down and flopped back onto the bed.

‘The Group Mind,’ she thought, looking up at nothing. ‘All my life has been a war for freedom against groupthink and the human mob, dancing and scatting against something so vast and slow and oh, how it hates the independent mind, punishes style, and now that stupid, stupid Deirdre thinks she can suck us all into an alien plant making a Group Mind. Over my dead body, she will.’

Mobs were vicious and stupid, to even call it mob psychology gave it too much credit for any thinking going on. The human herding instinct had been the bane of Roze’s existence, social cues a self-contained girl hadn’t caught, making it feel like everywhere she ever went there’d been a meeting held that she hadn’t been invited to. Social rules and holoshows and fashions and turns of phrase and customs that didn’t make sense and no one ever explained.

She’d never been interested in any of that; she had her machines and her jazzy, elegant code. But an outsider noticed things insiders didn’t – how on every systems analyst gig, every organization was full of people dressing alike, talking alike, telling her the same jokes, thinking alike, if you call that thought; how quickly and completely an outsider could become a pariah after a single quarrel with an incompetent IT worker or sysop.

Mindless mobs and humans herding, everywhere. No original thought, no diversity in groupthink; no rhythm nor style, no jazz to it, just an empty white-noise hum. Group minds, bad enough how people graze together in a herd by instinct, not-thinking together in lockstep. Bad enough the natural way people always form group minds.

And the Gaians thought it was a good idea to drive the human race extinct making the biggest group mind of all. A single life. One mind; one thought, a dull carrier hum the soundtrack of Hell Forever trapped in the alien Group Mind.

‘No, just NO,’ she closed her sleepy eyes to get some rest, ‘Never. Domai will accompany my trumpet playing, and Deirdre, have I ever got some free blowing that will blow your group mind…’

April 2018 Game of the Month
Fusion Power is NOW!​

– Unpack the zip file (“extract here” command or similar) to scenario folder, so that GOTM1804 folder is inside “Scenarios” folder.

– After you open in MY 2300, confirm that you are playing with game ruleset, that is designed for this scenario:
Open F1 screen and make sure that the first Secret Project on the list, Ascent to Transcendence costs 3000.

– Do not change folder name of GOTM1804 to any other, or change the structure of the folders/files inside after you start the scenario, and
– Do not remove the folder GOTM1804 from scenarios after you started to play. That would screw up the game.

Roze wants to prevent Transcendence. She can do it, among other means, by sabotaging the project of Ascending to Planetmind, but in order to do it, she has to gain knowledge on transcendence. Therefore, the objective of this scenario is:
A) Research, probe or trade the Transcendent Thought 1 (the first generic technology after all tech tree is discovered) in smallest possible number of turns, and prevent any other faction from Transcendence (Completing Ascent to Transcendence Secret Project).
B) Prevent any other faction from other three victory conditions, that are enabled too: Diplomatic, Conquest, Economic.
Note:
– You do not have to build Voice of Planet or Ascent to Transcendence, just prevent any other faction from this victory.
– Blind research is ON.
– Native Life is Abundant.
– Data Angels just traded Fusion Power from Morganites.
– Deirdre won Planetary Governorship in the first elections in 2181, against Santiago. In 2220 the second elections were held, also Deirdre and Santiago were nominated, but this time, Santiago received almost twice as many votes as Deirdre. Santiago is Planetary Governor still in 2300.
– Deirdre and Santiago united their factions and are not friendly towards Roze.
– Data Angels developed very well for the first several decades after arrival to Chiron, but then, till Mission Year 2300, Rose did not have very good advisers. Now it is your chance!

If you wish to enter contest, submit your save with turn, in which you posses Transcendent Thought 1, linked below.
– Standings for Librarian and Transcendence difficulties will be held separately.
– Achieved victory conditions are not objectives of this scenario. If you win by, for example Dimplomacy (get elected Supreme Leader) or conquer whole planet, then you need to play further until you obtain Transcendent Thought 1, and the turn you have it, would be your sav file submission.
– Submissions after deadline are ranked in Consolation Standings.

BU note: PLAY!. Mart’s GOOD, and this will be GOOD. -Note that there’s ALSO an easy/librarian version for newbs, oldtimers who feel rusty, and anyone wanting a relaxing game.

Thanks to Buster’s Uncle for furnishing this scenario.