The Civilization V Hall of Fame has been updated. 21 games were accepted since the previous update.

Congratulations to blatc for the highest Firaxis score of the update with a Deity, Science, Standard, Standard, Great Plains, Poland (Casimir III) [BNW] game for 5515 points.

zenmaster was the most active player during this update, submitting 7 games.

– 01m23s | News
Attending to the “Winter 2016 Update” for Civilization VI leads to analysis, opinion and recommendations that are not always congruent with each other; then, the Poland civilization and Viking scenario Downloadable Content (DLC) leads to a similar split.
– 31m36s | Open Mic
Looping in feedback from the show’s 2016 Christmas Special, its most previous episode (39m42s) and the first part look at the 2016 Listener Feedback Survey results (47m57s).

The Civilization IV Hall of Fame has been updated. 24 games were accepted since the previous update.

Congratulations to Todelotti for the highest Firaxis score of the update with a Standard, Epic, Immortal, Domination game for 314912 points.

Chaosquo was the most active player during this update, submitting 15 games.

No players gained number one positions on harder difficulty levels: 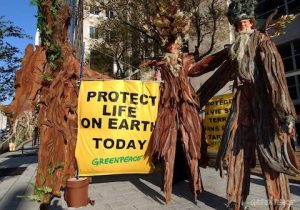 Regular co-hosts Daniel “DanQ” Quick, ”Makahlua”, Philip “TheMeInTeam” Bellew and ”MadDjinn” discuss Civilization strategy on PolyCast, a bi-weekly podcast. The second episode sampler from its tenth season is now available for listening. Targeting both would-be and current listeners to get a sense of the content and atmosphere of the show, it runs for 04m59s.

Recording live before a listening audience every other Saturday throughout the year, PolyCast is an every-other-week audio production in an ongoing effort to give the Civilization community an interactive voice on game strategy; its eleventh season is to begin with the release of Episode 272 this Saturday, January 14th. Sibling show ModCast focuses on Civ modding, TurnCast on Civ multiplay.

Story rating? Favourite episode? These are two of the five questions being asked of Seasons 4 and 5 of the One More Turn (OMT) dramedy podcast audience. To provide your input on/by January 31st, 2017 follow the links below respectively:

A story set in the near future featuring geeks dealing with non-geeky problems, One More Turn‘s thirteen-episode sixth season is to premiere this year.

Rhye is doing a research study on decision making process using Civ4. Below is the post he made and how to contribute to the study:

I am posting on behalf of an interdisciplinary group from the Northeastern University, Texas A&M University-Commerce, and Waseda University in Japan.

There is a ongoing research, in which I’m also involved, on decision making processes in Civ4.
I am writing here in order to recruit Civ4 experienced players that are willing to play a mod designed to investigate the issues.

In the mod I am posting below, you will play as Rome, with quick speed. All victory conditions are enabled.
The map is generated randomly through Rhye’s and Fall RAND algorithm. It is toroidal (wrap both X and Y).
Rules are vanilla (a standard games with 7 players), except the rules about territory, which comply with Rhye’s and Fall.

3) Unpack the contents of the zip into:
….game folder…..\Beyond the Swords\mods\
Please note that the game folder is NOT the one inside documents folder.

4) Launch “Beyond the Sword”; in the main menu select Advanced -> Load a mod -> TestRFCRAND

6) Whenever you interrupt a play session, save and continue at a later time, please post here the log file and the save file at the end of each play session, incuding the end game one.

For comments and submissions, you can post to the forum thread.

Compiling the flubs, dubs and “what the”s. From the strategy-centric Civilization podcast PolyCast comes, “Bloopers: Volume 10“, the third dedicated blooper reel for the since its first season. It runs 19m07s.

PolyCast is a bi-weekly audio production recording live every other Saturday throughout the year, in an ongoing effort to give the Civ community an interactive voice; sibling show ModCast focuses on Civ modding, TurnCast on Civ multiplay. PolyCast’s eleventh season is to begin with the release of Episode 272 next Saturday from its first recording in 2017.