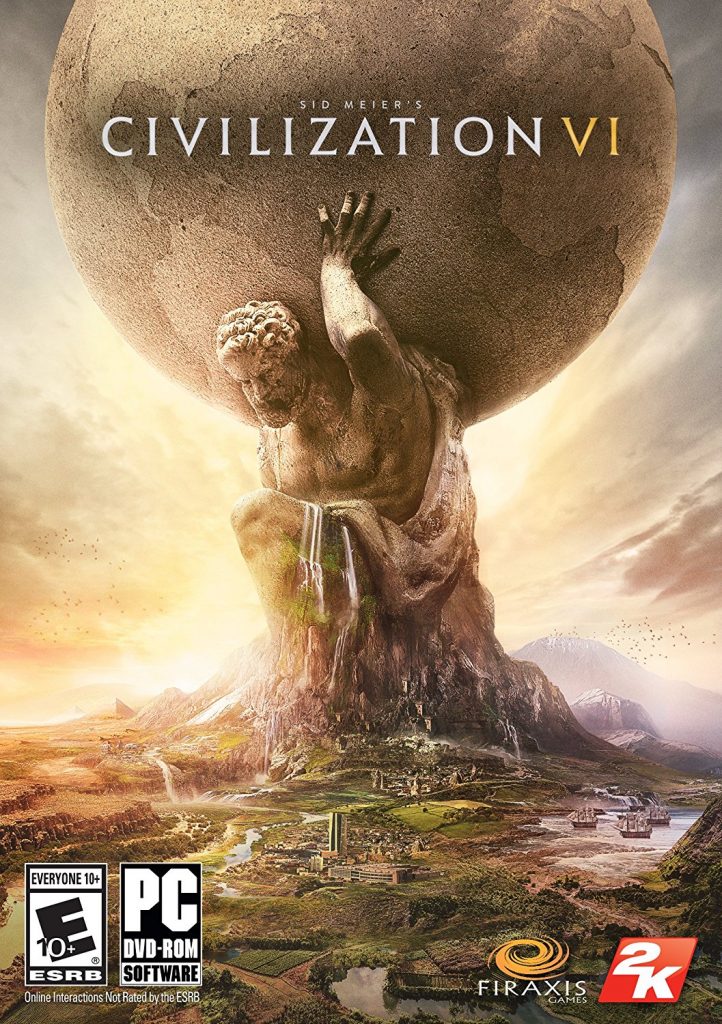 Civilization VI is the sixth iteration in the award winning Sid Meier’s Civilization series. It was developed by Firaxis Games and published by 2K Games on October 21, 2016.  The lead designer for the game is Ed Beach.

Originally created by legendary game designer Sid Meier, Civilization is a turn-based strategy game in which you attempt to build an empire to stand the test of time. Become Ruler of the World by establishing and leading a civilization from the Stone Age to the Information Age. Wage war, conduct diplomacy, advance your culture, and go head-to-head with history’s greatest leaders as you attempt to build the greatest civilization the world has ever known.

Civilization VI offers new ways to engage with your world: cities now physically expand across the map, active research in technology and culture unlocks new potential, and competing leaders will pursue their own agendas based on their historical traits as you race for one of five ways to achieve victory in the game.

For detailed list of Civ6 features, check out this thread on the forum.

Below are the system requirements: