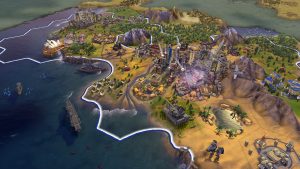 Firaxis and 2K Games have released the first patch for Civilization VI. The “Fall 2016 Update” will automatically install when starting the Steam client; if it doesn’t install automatically, try restarting Steam.

Check out the full patch notes below and discuss the patch on the forums.