In addition to the winter patch update, 2K Games and Firaxis have also released two DLC for Civ6, each costs $4.99:

This premium DLC adds Poland and leader Jadwiga to Civilization VI. Jadwiga was an expert mediator, champion of Catholicism and protected the poor. You can learn more about her in our blog post here.

Also included is a new scenario, “Jadwiga’s Legacy,” that tasks players with defending Poland, Prague and Vienna from invaders invading forces comprised of the Teutonic Knights and Ottoman Turks. Gain glory in battle and prove yourself the greatest defender of Poland! 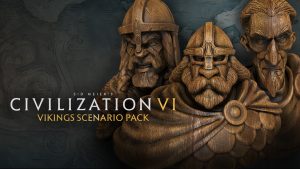 Bring Europe under your rule as the mightiest Viking lord in “Vikings, Traders and Raiders!” – the most detailed scenario released yet for Sid Meier’s Civilization VI. The Vikings Scenario Pack includes: