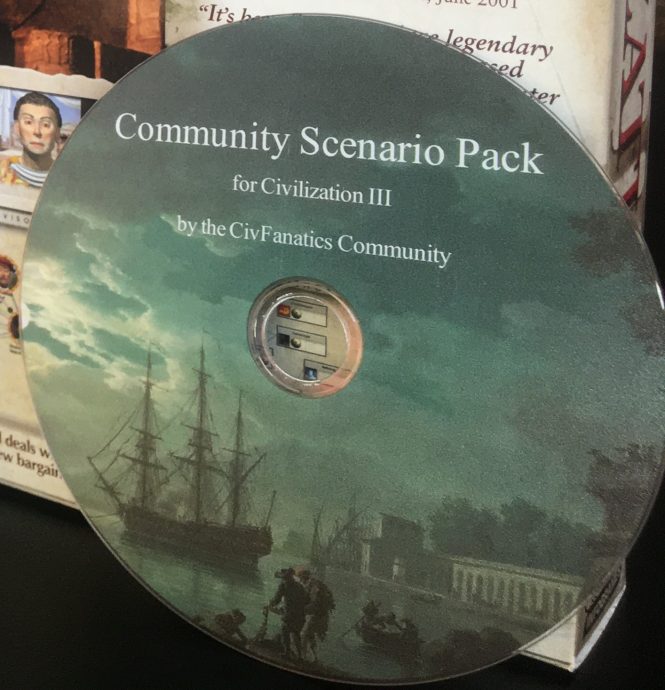 Our user Quintillus has put together a DVD with some of the most interesting Civ3 scenarios from the community. So if you really want to make sure that you have the best Civ3 mods at home, get the DVD! You can request the DVD from Quintillus, or you can download the DVD ISO here.

You can discuss the DVD in the thread here: https://forums.civfanatics.com/threads/civ3-community-scenario-compilation-dvd.666924/