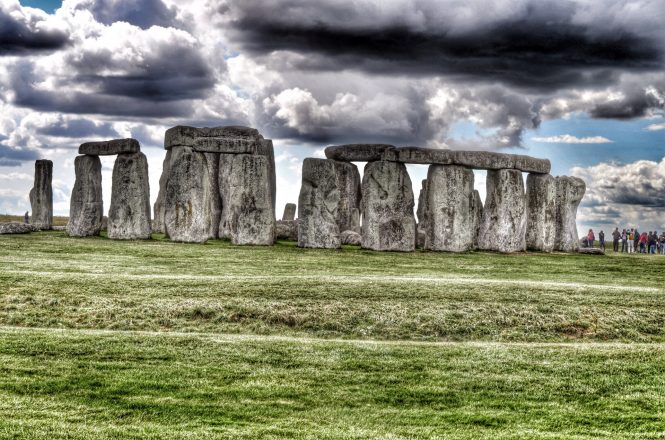 The New Scientist has reported about a new study trying to unravel the meaning of Stonehenge. The scientists assume the constellation of the stones indicate an ancient form of calendar.

““All except two of the sarsens at Stonehenge come from that single source, so the message to me was that they’ve got a unity to them,” says Darvill. To him, this indicated that they were intended for a common purpose. To find out what, he looked for clues in the numbers.

The sarsens were arranged in three different formations at Stonehenge around 2500 BC: 30 formed the large stone circle that dominates the monument, four “station stones” were placed in a rectangular formation outside this circle, and the rest were constructed into five trilithons – consisting of two vertical stones with a third stone laid horizontally across the top like a lintel – located inside the stone circle.

“Thirty, 5 and 4 are interesting numbers in a calendrical kind of sense,” says Darvill. “Those 30 uprights around the main sarsen ring at Stonehenge would fit very nicely as days of the month,” he says. “Multiply that by 12 and you get 360, add on another 5 from the central trilithons you get 365.” To adjust the calendar to match a solar year, the addition of one extra leap day every four years is needed, and Darvill thinks that the four station stones may have been used to keep track of this. In this system, the summer and winter solstice would be framed every year by the same pair of stones.”

You can read the whole article here, or discuss it in our forum here.