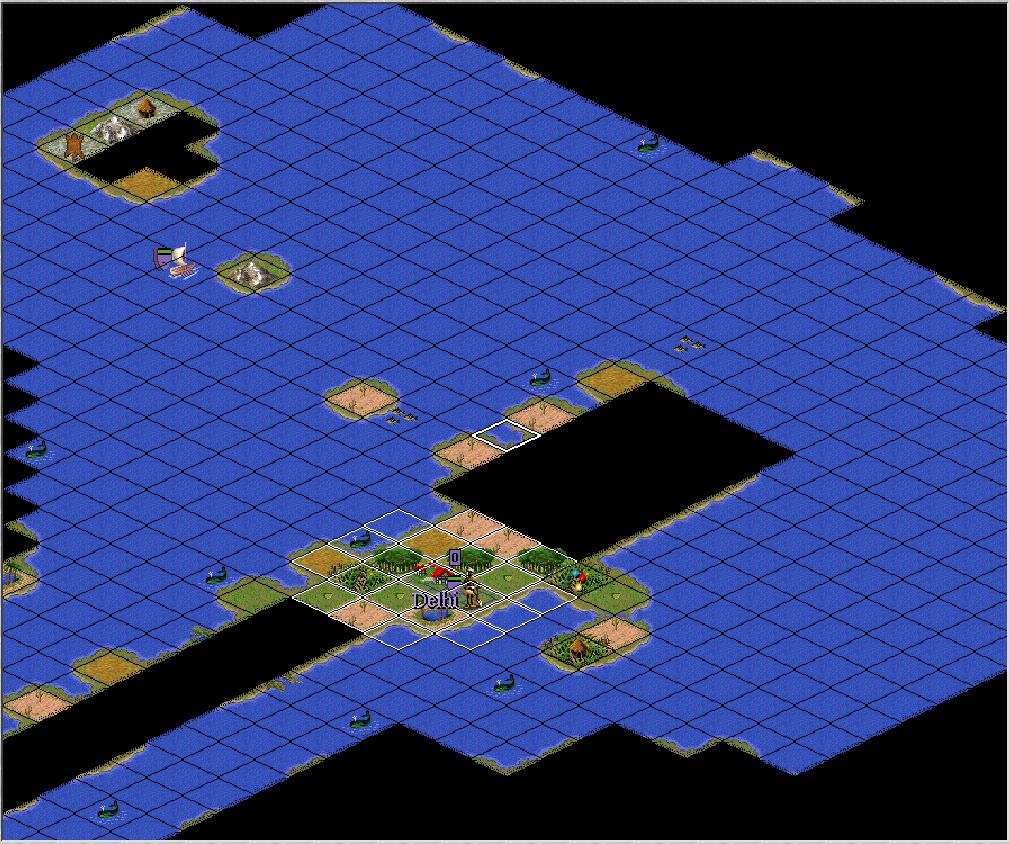 This Gotm is made by Inkerman. So I like to thank him for this special map/game he made.

The starting position has been set at 4000 BC (for GotM scoring), although the world is a bit more developed than usual for this time. The world has 17 cities; your capital Delhi is the smallest but may grow quickly and is well on the way to finishing a temple. You can as usual see the largest five cities via the top 5 cities list. MPE has been built in the world’s top city, the Aztec island capital of Tenochtitlan. There are a handful of settlers, some of whom may settle shortly, and 16 units.

Ten technologies are known: two civs know 5, two know 3, and three know 2 (you are one of these.)

The game is suitable for use of the optional rule that hut pops may be replayed. So this time it is allowed. Good luck and have fun.