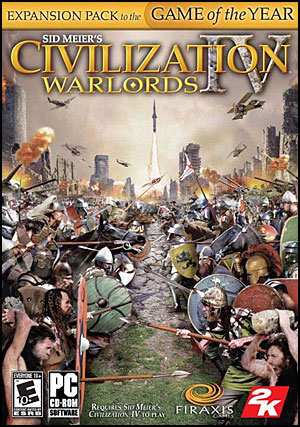 The New Civilizations and Leaders

Four of the existing civilizations also gain a new leader each:

Here are the details for the six new unique units in Warlords:

Besides the above unique units and the new Great General unit, the Warlords expansion also adds the trebuchet and the trireme units.

Wonder movies of the Great Wall and the Temple of Artemis are available on PC.IGN. 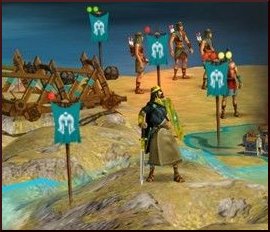 The Warlords expansion gets its name from the new type of Great Person it introduces: the Great General. As your units gain combat experience during the game, the game will tally up totals, and once you reach a certain amount, you’ll spawn one in your capital city, and the meter starts over. Each new Great General will require more experience than the one before.

You can use Great General to construct a Military Academy (grants +25% bonus to military unit production), or join a city as a Great Military Instructor (gives units built at the city 2 free experience points).

Most importanly, you can turn Great Generals into Warlords to lead your military units in the field. Units that happen to be in the same tile when the Warlord is created gain 20 experience points (divided among units in the stack). When you create a Warlord, you have to join it to another combat unit. The units attached to these Warlords gain free promotions as well as access to five new promotions:

If a Warlord unit is destroyed, he’s gone forever.

Warlords expansion introduces a new diplomatic option called Vassal State. Vassal states is like an "asymmetric alliance." Basically, one civilization serves as the master in the relationship and collects tribute from the weaker, vassal nation.

There are two ways to acquire a vassal state:

There are some notable benefits to being a master:

Some costs of vassal agreements include:

* The Obelisk from the core game has been renamed to the Monument.
** Stable is a new building available with Horseback Riding. It costs 60 hammers and adds +2 XP to mounted units. The stable’s bonus is cumulative with a barrack’s.

The expansion contains 8 new scenarios spanning from Alexander’s conquests through Genghis Khan’s domination of Asia. These scenarios feature their own units, resources, and improvements which are not available in the core game.

The scenarios are as follows: 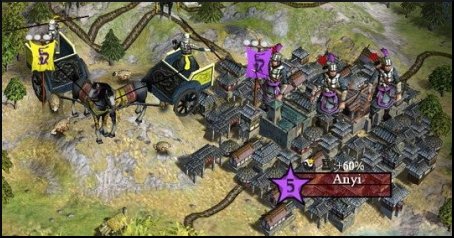 Take control of one of Ancient China’s kingdoms in an attempt to unify the country by either the pen or the sword.

Mighty Athens and Sparta struggle for dominance of Greece and surrounding territories.

Alexander attempts to conquer the world to the south and east of Greece, taking on the Persians, Egyptians, and Indians.

Battle as Rome, Carthage, Greece, Gaul, or Egypt for control of the Mediterranean.

Become ruler of the Vikings and send your men out on numerous raids against Europe. Victory is decided by how much loot can be acquired.

Relive the conquests of one of history’s greatest military leaders and capture – or if you must, destroy – all of Asia.