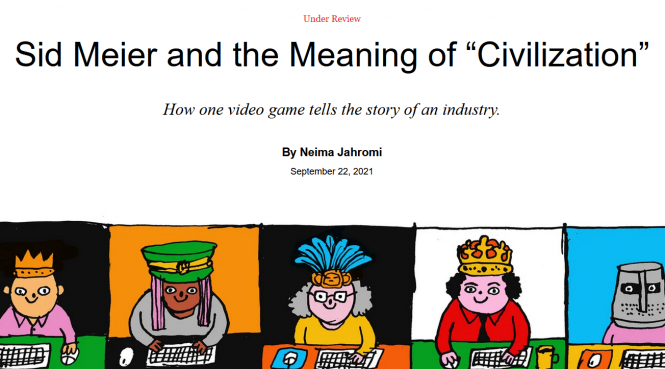 The “New Yorker” has reviewed Sid Meier’s memoir, and while this review is more about Sid’s own journey in game development (including that he did the music for his early games himself), it is still worth a read for Civ fans.

“When Sid Meier began tinkering with a new game, thirty years ago, his hope was that players would see themselves in his version of our planet. It was when the audience could watch one another tinker, too, that the planet became a world.”