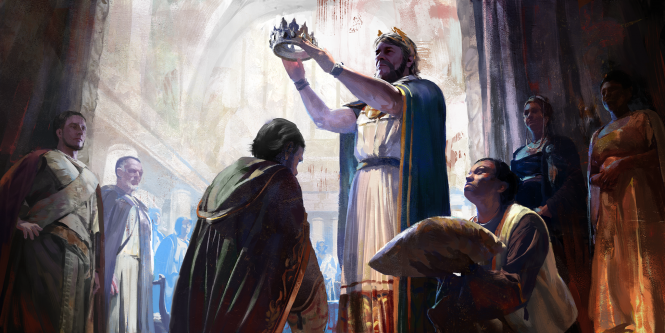 The video game website Kotaku has just released a news article, which describes in its headline Old World as “The Best New 4X Game In Years”. An excerpt from the article below:

I said simply calling this “Civilization x Crusader Kings” was unfair not because it’s technically wrong—five minutes with this game will show you that’s the case—but because it sells the final product short. Old World is so much more than just bolting one game’s popular system into another genre and hoping for the best.

Old World actually feels pretty closer to those older, near-perfect Civ spin-offs like Colonization and Alpha Centauri. Games that took the basic 4X formula and repackaged it into a shorter, more focused setting which swapped out the passing of ages for some more interesting mechanics. In Colonization that meant turning tobacco into cigars and sending them back to Europe. In Old World it’s managing an ancient empire through not just roads and farms, but family ties as well.

You can read the full article here and discuss with us in our forum here.

Old World is available on the big distribution platforms, you can find the relevant links below: